Inception and the Problem of Free Will

G-d is above time, which is impossible for the human intellect to understand. However, know that the essence of time exists only because we do not understand; that is, because of our small intellects. For the more expansive the intellect, the smaller time becomes. For instance, in a dream, when the intellect departs, and only the imagination remains, a quarter hour can seem like seventy years, and when one awakes afterward, one sees that this entire time was only very brief… [Likewise] for a person with a higher intellect, time becomes very short, and so, further and further up, until finally, there is a level of intellect so high that time becomes nothing – the same as the seventy years of our dreams are only a quarter hour… (Likutey Moharan II:61)

I once heard [R. Nachman] say: When a person merits attaining perfect intellect, he can serve G-d in a quarter hour what it takes another person seventy years to attain. (Sichot HaRan 174)
The Centrality of Free Will
Maimonides, Mishnah Torah, Laws of Repentance 5:1
[If] from the beginning of man's creation, it would be decreed upon him, or his nature would draw him, to a particular quality and he could not depart from it, what place would there be for the entire Torah? According to which judgment or sense of justice would retribution be administered to the wicked or reward to the righteous? Shall the whole world's Judge not act justly! 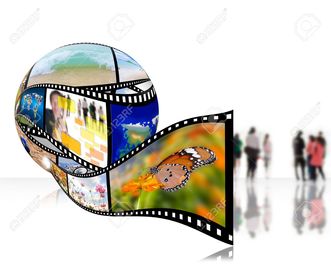 The Problem, and Other Approaches:

If human righteousness and evil were dependent on a Divine decree, we would have to say that His knowledge is His decree, and the question would be very difficult. But since the Creator has released this control from His hand and transferred it into human hands, His knowledge is not a decree, but rather, like the knowledge of astrologers who know by other means what this [person’s] ways will be. (Abraham ben David (c. 1125-1198), the RABaD)
The Arizal and the Four Worlds
R. Tzadok HaKohen of Lublin
The Arizal explained that both [G-d’s] foreknowledge and [human] free will are true, each one in its own place. In the place of free will, there is no room for G-d’s knowledge, and in the place of G-d’s knowledge, there is no room for free will. And when one perceives this powerful light, within which not one of his sins is excluded from G-d’s knowledge, and His knowledge and will are all one, and since G-d wants it, it is a merit for him and he is completely atoned. (Tzidkat HaTzadik 40)
When a person would bring the First Fruit offering to the Holy Temple, the root of the source of the First Fruits would shine in his heart. That is, he would entirely annul himself and all his abilities to the source – to G-d. This is as the verse says: “And you shall prostrate yourself before the L-rd your G-d” (Deuteronomy 26:10). For it is known that “prostration” entailed the spreading out of one’s hands and feet; that is, the complete negation of all of one’s strength to their source.

Through this, one clings to the root that is above the human intellect… Through this, one comes to Ayin (Nothingness). And through this self-annihilation, one’s heart is renewed, and each day, one becomes like a new creation, with new insights into the words of Torah. (R. Tzadok HaKohen, Pri Tzadik, Ki Tavo 4,5)
Ramban
From the beginning of creation, a person can act as he chooses… However, in the time of the Messiah, he will naturally choose the good, and not desire at all that which is unfit for him… Man will return to his state before the sin of Adam, who naturally did that which was fit for him to do.
.The Vilna Gaon

All of a person’s ways are pure in his eyes, but G-d is within the spirits. (Proverbs 16:2)

A person is always drawn after his first intention, so that the first thing he considers always eems pure and correct in his eyes. However, G-d knows if there is any subtle form of deceit in this first thought, and whether it contains some trace of self-interest or is really pure and correct. (R. Elijah of Vilna, Commentary on Proverbs)
Mei HaShiloach
​
Whenever a person needs clarification, the best advice is to first remove all self-interest or personal pleasure… (R. Mordechai Yosef of Izhbitz, Mei Hashiloach)